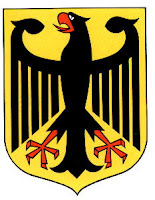 Ja!
I am going to see Marc Sigle and his group in the Stuttgart area this weekend. Kenpo and weinerschnitzel; what's not to like?
If you're in Europe and want to attend, contact Marc at BushidoES@aol.com
Posted by Lee Wedlake at 7:47 AM No comments:

New article for members at www.leewedlake.com

Here's an excerpt of the April 2011 article in the Member's section at my site on "Slip and Catch".

There’s a term “slip and catch” that refers to the amount of force to hold onto something and when it slips, the reaction to regain control of it. I came across this term in a Force Science News article about a flashlight attachment to a handgun. The writer was not recommending a certain type of flashlight due to the shape and the way it attaches to the gun. The flashlight switch resembled a trigger and two instances of accidental shootings occurred that are attributed to that shape and placement. The statement was that under stress, it cannot be determined distinctly that it was the flashlight trigger being depressed or the firearm trigger. The term “slip and catch” was used to describe the act of losing the finger’s grip (on the flashlight trigger) and catching itself on something familiar (the handgun trigger) since the shapes and sizes were so similar. This got me to thinking about how we react in situation involving grip (contact manipulation) or how we mentally “slip and catch” when we start one technique and automatically go to another that is similar.
Posted by Lee Wedlake at 7:43 AM No comments:

If you substitute "karate" for "fencing" you'll appreciate this even more.
http://www.youtube.com/watch?v=5FeKO0TKgVA&feature=player_embedded
Posted by Lee Wedlake at 8:21 PM No comments:

Email ThisBlogThis!Share to TwitterShare to FacebookShare to Pinterest
Labels: fencing

I was reading a book on fencing and came across an interesting set of ideas from a famous fencer named Ralph Faulkner.  He said there were four questions you should ask yourself while fencing. 1) What is the opponent doing? 2) How does he accomplish what he's doing? 3) What can you do against it? 4) Can I accomplish what I have decided to do?
I like this breakdown. If you've done any sparring or spontaneous self-defense you can relate to this easily. Many of us have found ourselves being hit by someone and having to ask how the heck they're scoring on us. Keeping in mind Mr. Parker's third person perspective, that's why we should have a coach. Coach sees things we can't and suggests a method to counter. Mike Sanders was ringside at many tournaments when I fought nationally rated people and provided me with tips that helped me handle the opponent. Sometimes it was after the fight but I used that info for the next time, like when I fought Steve Fisher. Our second meeting at the Nationals was much better for me than the first time since Mike had clued me in on what he did and how. That covers Faulkner's first two questions.
Next he considers what can be done about what the opponent is doing but more importantly, whether you can actually perform the desired response. We have lots of techniques in Kenpo and more if we think about stuff we've picked up from other sources. So we have answers to question three about what we can do about it. But the last question, which is essentially, Can I pull it off?, is really important. We may know how to do something but could not or would not employ it. I know how to do a cartwheel kick but would I do it? Maybe when I was 18 but not now. It's an answer but is it appropriate?
We need to be realistic in knowing what our abilities and limitations are. And they are a moving target - they change for lots of reasons. Sometimes for better, sometimes for worse. Environment is a component to consider here, for example. Knowing how to do a particular technique but having it blunted due to what you're wearing answers the fourth question.
I think this ties into what Doc Rowe told me they teach surgeons; "Do what you need to do, not everything you can do." That last question, "Can I accomplish what I have decided to do?" is really important.
Posted by Lee Wedlake at 7:21 AM 1 comment:

Graham and Jaydean Lelliott's bi-annual kenpo camp in the Sierra mountains of California near Fresno is coming.It's Memorial Day weekend this year, May 27-29 at Wonder Valley. This is a great camp and this year he has John Sepulveda, Steve White, Ed Parker Jr, Ingmar Johansson and myself teaching. Graham will do some instructing, too. There's seminars for the kids and lots of things to do for the non-martial artists in the family. This is always one of the best camps I go to. Graham tells me the website for registration is down so you'll have to e-mail him direct at glkenpo@hotmail.com to get the info and register.
I know that there are people from England, Sweden, Denmark and Australia attending. Make this if you can.
Posted by Lee Wedlake at 6:27 PM No comments: 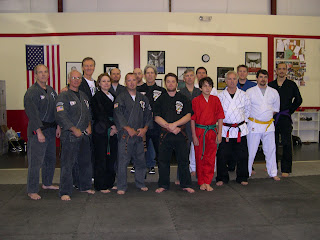 As always. we had some fun in South Carolina; this time at Nick Dreiling's Coastal Kenpo Karate.
I taught an Introduction to Systema on Friday night and three contact manipulation seminars on Saturday. Bruce Meyer and some of his group from Columbia were there as was Robert Wallace from Spartanburg. We had some friends from the judo/ju-jitsu class at the Naval Weapons Station attend as well.  I had promoted Bruce Meyer to sixth degree in January and it was my pleasure to chop and award him his certificate at this seminar. Plans are for me to go back there in June. Stay tuned. 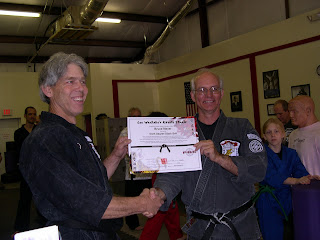 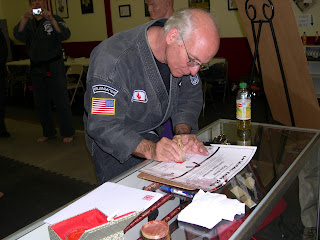 Posted by Lee Wedlake at 5:08 PM No comments:

I've uploaded two more podcasts. The links are on my home page at http://www.leewedlake.com/
The stats show almost 16,500 downloads since June of last year. Thanks for listening.
Posted by Lee Wedlake at 9:22 AM No comments:

All of us could take a lesson from the weather. It pays no attention to criticism.
Posted by Lee Wedlake at 6:29 AM No comments: